The villains of these allergies in babies are the new proteins they are not accustomed to. Among the enemies, the largest is cow’s milk, responsible for most allergic reactions – the so-called APLV, the cow’s milk protein allergy – followed by egg, nuts and soy. Here, we will give details about child food allergy care to mothers. 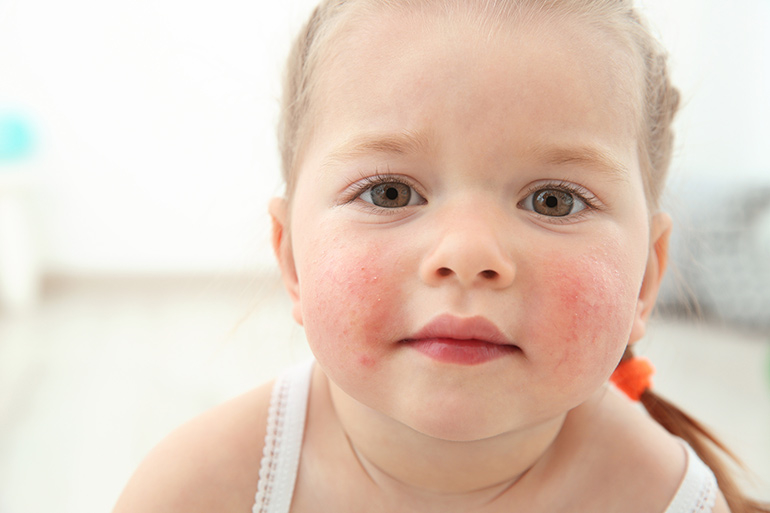 According to a study, cow’s milk is the most common food allergen in children under 5 years.

It is not known what makes these foods more likely to cause reactions than others. But there are clues: Recent growth is due, among other things, to the fact that we are on a diet with fewer natural items and more industrialized items. This changes the intestinal flora, which affects the immune system.

In this type of allergy, even birth can influence. A survey indicated a 21% higher risk of developing baby food allergies at cesarean birth. The explanation would be the lack of contact with the microbial flora of the vaginal canal of the mother – that happens in normal deliveries, which would lead to a greater propensity to this type of allergy.

Part of this exaggerated reaction of the body to food is related to the presence of an active form of immunoglobulin E, an antibody that acts in the defense of the body. It causes the release of substances that, in an attempt to combat (supposed) enemies, cause the allergic symptoms. At what time, it is a reaction mediated by IgE antibody (itself reacts to food), the symptoms manifest themselves soon after ingestion in the form of swelling, urticaria, vomiting and diarrhea. Already in a non-IgE-mediated food allergy triggered by cells, without the involvement of antibodies, the symptoms appear hours or days later. Genetic factors are directly involved in the production of IgE.