You must have witnessed or seen pictures showing that Japanese people fall asleep in public even at the most inappropriate times and places. The name of this strange custom in Japan is Inemuri and it means “to be asleep, but present”. It refers to the nap that a lot of Japanese people take during events, social gatherings, classes, work, public transport, elevators or any other public place. 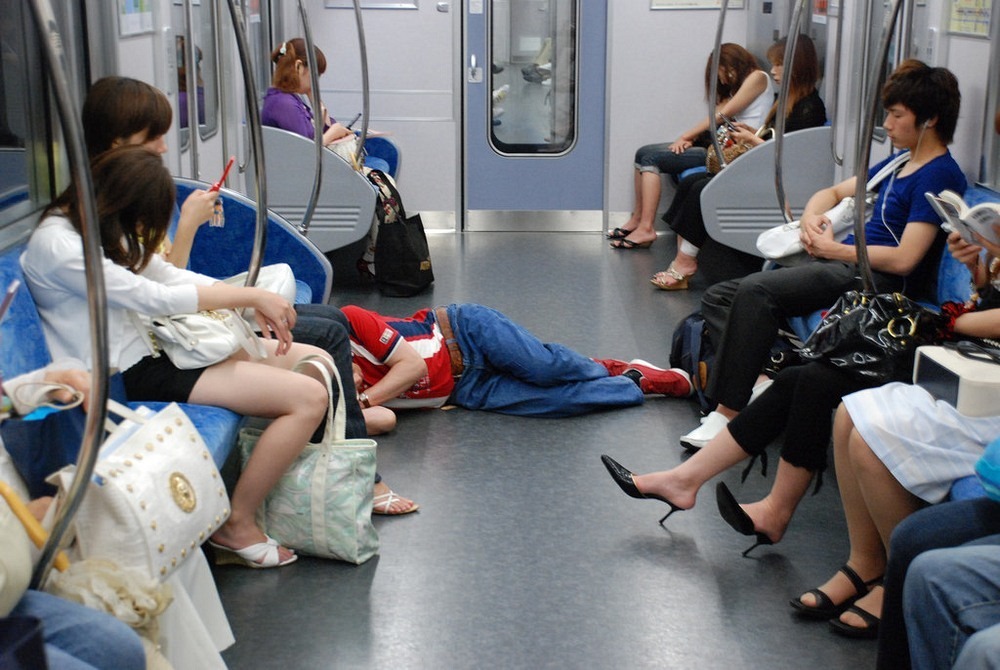 It is not sleeping itself, but a very light sleep. As a whole, the Inemuri is to close your eyes but without paying attention to what happens around you, while your mind rests. The sleeper is easily awakened if there is a need, hence the concept “Sleeping while being present”.

The work is taken very seriously by the Japanese people and consequently, people addicted to work or study, are extremely valued by society. Therefore, the inemuri is not seen as laziness, but as proof that you are doing your best whether at work or in studies.

That is, for a lot of Japanese, when someone practices Inemuri, it means that they are exhausted due to overwork or study and that they often had to sacrifice their hours of sleep because of it. In contrast, in other countries, the inemuri is seen as a lack of respect and a thing of lazy people and this embarrassing attitude can still cause the person to lose his job.

But it is worth remembering that in Japan the hierarchy is present. The inemuri is seen as acceptable to people in high positions, but the same is not true of subordinates.